ELLIE spent the summer before seventh grade getting dropped by her best friend since forever. JACK spent it training in “The Cage” with his tough-as-nails brothers and hard-to-please dad. By the time middle school starts, they’re both ready for a change. And just as Jack’s thinking girls have it so easy, Ellie’s wishing she could be anyone but herself.

Then, BAM! They swap lives – and bodies!

Now Jack’s fending off mean girls at sleepover parties, while Ellie’s reigning as The Prince of Thatcher Middle School.

As their crazy weekend races on – and their feeling for each other grow – Elli and Jack begin to wonder if maybe the best way to learn how to be yourself is to spend a little time being somebody else.

First Sentence:
It’s sunny and it’s summer and the three of us are sitting on the scratchy cement edge of the Riverside Swim Club pool, dangling our feet into the deep end.

This book was on my son’s summer reading list for school a couple of summers ago, and we both really enjoyed reading it together.  He didn’t like enough to write out the required book report to turn in for a grade, but I can’t fault the book for that.

The Swap follows the same idea as the movie, Freaky Friday.  Jack and Ellie are two middle school kids that think they have it rough, so a school nurse with special powers switches their bodies on them before they realize what has happened. Then the crazy antics, character growth, and lessons learned ensue.

It’s interesting to think of a male and female switching bodies.    I know if I could switch bodies with a male for a few days, I’d require my own bedroom with a lock, a full body mirror and— but we want to keep this a family-friendly review, right?  This is, after all, a middle-grade book!  The characters are just kids in middle school, and they are both respectful of the other’s body.  They aren’t attracted to each other romantically, but rather more like siblings.  That eliminates any possibilities for awkwardness or inappropriate innuendo.  I think the most awkward moment in the story is when Ellie wakes up one morning as Jack and discovers that Jack’s body has a case of morning wood. It’s just a weird scene to read with your eleven year old.

Jack Malloy is the middle school heartthrob, though he is completely oblivious to this fact. His whole life revolves around playing hockey and trying to make his dad proud of him.  His dad, who Jack and his three brothers call The Captain, runs his household of sons with a strict, militaristic personality (the mother is deceased).  Jack is being raised in the typical male stereotype: be tough, never stop pushing yourself and show as little emotion as possible.  After getting into a fist fight with the school bully, Jack fears what his father’s reaction will be, and thus thinks his life is the toughest on the planet.  Character-wise, he is a super sweet kid who always tries to do what’s right.  I loved the way he handled his time in Ellie’s body and how he dealt with Ellie’s former friend and tormentor.  He proves to be quite a good role model for young male readers and it is amazing to watch his character grow as he starts to realize it’s okay for him to express his emotions.

Ellie O’Brien is a sweet, but under-confident girl who lives with her mother (who has just gone through a divorce).  Her childhood best friend, Sassy Gaines, is growing up to be a rather ‘sassy’ little bitch and treats Ellie very poorly.  Ellie’s former best friend very quickly turns into her worse enemy, as Sassy seems hell-bent on making Ellie’s life miserable.  She’s the shy, awkward and unpopular kid that all the popular girls just love to bring down.  Her situation is a sad reality for many girls that age.  Her story brought back a few of my own memories from those awkward days in middle school.  Her time spent in Jack’s body was when we really got to know her and how much she could shine.  She was, after all, the one person who was able to finally stand up to The Captain in the end.

I found it interesting that Jack and Ellie’s bodies still possessed the abilities that were unique to Jack and Ellie.  Jack, for example, plays hockey and is a great ice skater.  Ellie has no idea how to skate, much less how to play hockey, yet Jack’s body seems to still retain all of this information and puts itself into autopilot when it’s time for “Jack” to play a game.  The situation is similar with Ellie and her soccer skills.  I guess the plot required that those skills stay in place so that the author could focus on more important things; like the challenges both boys and girls face with friends, family, bullies, and their own bodies as they stumble their way through puberty.

Overall, I thought The Swap was a cute read.  Both of my kids love it!  Some of the slang terms that Jack’s brother’s used seemed a little alien and silly to me, but I know that things change from generation to generation, so I’m probably just too old to get it. Haha!

“Sometimes we miss people, and it’s beyond words.”

One thought on “Book Review: The Swap” 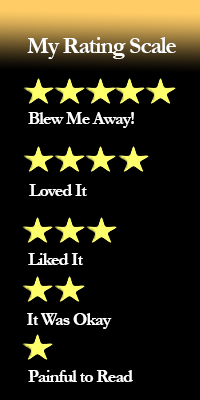